About the Equality and Diversity Forum (EDF)

The Equality and Diversity Forum (EDF) is a network of national organisations committed to equal opportunities, social justice, good community relations, respect for human rights and an end to discrimination based on age, disability, gender, gender identity, race, religion or belief, and sexual orientation 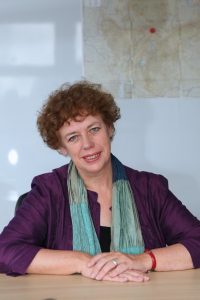 Marie Staunton C.B.E. Chairs the Equality and Diversity Forum, Raleigh International and the International Broadcasting Trust and is an NED of Crown Agents. Marie qualified and practised as a solicitor, ran hostels for homeless people in England and Ireland in the 70’s, was the legal officer for Liberty, Director of Amnesty UK, Vice Chairman of Amnesty International and Deputy Director of UNICEF UK before joining Plan UK as CEO. She also has considerable commercial experience, working as Publishing Director of FT Law and Tax, a Pearson Company, for 7 years and as Editor of Solicitors Journal.

What does your organisation do?

EDF builds dialogue and trust among those working on equalities and rights – network members meet monthly, often inviting civil servants and Ministers to speak. EDF co-ordinates a research network with an active programme of events. It supports the Equalities All Party Parliamentary group and is actively involved in influencing policy through work with Ministers, officials and parliamentarians. Through the Equally Ours project EDF uses research and communications to build support for human rights. EDF publishes a popular fortnightly eNewsletter and hosts a web-based resource bank that are designed both to help organisations to improve their own practice and to influence policy. EDF is building the capacity of voluntary and community organisations to benefit from embedding equality and human rights in their work through a new free online tool: the Voluntary and Community Sector Equality and Human Rights Framework.

Why did you become a Chair?

I became Chair in 2012 through an open and competitive process. As the UK representative on the EU Fundamental Rights Agency I had found EDF’s information invaluable – accurate, timely and impartial. The monthly meetings were focused, constructive and great for networking. That culture is hard to find –and I wanted to be part of it.

What do you most enjoy about chairing?

The challenge of opening safe spaces for sometimes difficult discussions. The fun of seeing trustees and management develop themselves and the organisation.

Do you have a key tip or lesson to share with your fellow Chairs?

Don’t carry the whole burden yourself, build good vice chairs and between you constructive relationships with members/stakeholders. But there is one thing that only the Chair can do: reviewing performance of CEO and trustees – and acting on it. Oh and listen, listen, listen – when you stop listening it is time to go….

Why did you join the AoC?

I was a founder member of ACEVO and found sharing experiences with other CEOs invaluable. So I was excited to learn that there was an organisation of Chairs – at last! AoC events give me space to reflect, learn from others and develop as a Chair.