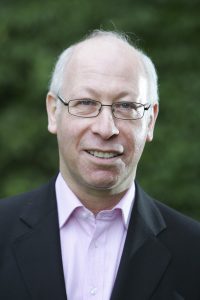 About the Camden Society

The Camden Society’s main purpose is to improve the lives of people with learning disabilities. The Society is a member of the Thera Group.

I have been a grant-maker for most of my career, starting in the 1970’s as a housing officer at the former Greater London Council, working with charities providing services for single homeless people at a time when grantmaking was much less well known than now. In 1985 I became Director of the London Boroughs Grant Scheme and moved into National Lottery distribution in 1995 in a number of director level roles, becoming Director of Policy and Partnerships at the Big Lottery Fund.

I became a freelance consultant working with charitable foundations and charities in October 2010. I am also a trustee of the Asda Foundation and at Camden Citizens Advice.

What does the Camden Society do?

The Camden Society provides a range of life-enhancing services to improve the lives of people with learning disabilities and ensures their human rights are met. These include day and residential services, respite and holiday schemes and employment and training. The Society also has a number of social enterprises including a garden centre and the Timberlodge café in the Olympic Park under our ‘Unity Kitchen’ brand. The Society operates in 13 London boroughs and Oxfordshire and has an annual turnover of about £10m.

Why did you become a Chair?

When you work with charities it is near inevitable that there is an interest in getting directly involved in a trustee role to contribute in a different way to the day job. Whilst working in Lottery distribution that was complicated because of the near certainty of a conflict of interest. I had been a Chair before, from 2005-2008, at the London Bombings Relief Charitable Fund where there was no conflict and was interested in taking up another trustee role.  I was approached by a headhunter for the role at the Camden Society and applied for it because I was attracted by what the organisation does, having decided the risk of a conflict was low, and was successful.

What do you enjoy most about chairing?

The constant challenge and chance to help make a real difference by delivering the charity’s objectives. It is a real pleasure meeting the people we work with and for and to see what difference we can make. I have a great board to work with which has stayed together with a great sense of purpose as we have worked our way through financial challenges and joined a national structure, the Thera Group. It is also a privilege to be able to see the many projects the Society runs and to engage with the very talented staff team.

Do you have any key tips or lessons to share with your fellow chairs?

Dealing with adversity can bring out the best at the Board table. If you deal openly with your colleagues all the time, trust is repaid and everyone stays together to turn problems round. It really helps having a team that is in it for the long-term and gives you honest feedback. Getting the board’s business done to time without over-long meetings and ensuring everyone has their say helps as well. It goes without saying but the relationship you build with the Chief Executive is central to all of this, delivering as a team.

Why did you join the AoC?

Chairs need to have the chance to share problems and learn from the wisdom of colleagues. The AoC gives its members unique space to do this.