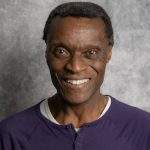 Guest blog by Malcolm John. Malcolm recently joined Association of Chairs’ board of trustees. He is also Chair of the Young Harrow Foundation and is leading a campaign to increase the racial diversity of trustee boards.

During the current crisis, the need for us all to recognise the importance of diversity and inclusion becomes even more pressing, indeed there is evidence that the coronavirus pandemic is disproportionately affecting people from BAME communities and that BAME staff and employees are often in the frontline providing care and support. In this blog written before the current crisis, our trustee Malcolm John explores the need to focus on racial diversity.

The latest statistics suggest there are more than 100,000 unfilled charity trustee vacancies in the UK. Nearly three-quarters of charities have reported difficulties hiring trustees and many want to recruit people with professional skills. However, the fact that over 70% of charities recruit informally and largely through their existing networks results in a startling lack of diversity among trustees.

The Action for Trustee Racial Diversity campaign readily acknowledges that diversity embraces a broader range of attributes and characteristics than race alone. We are supportive and understanding of the huge number of organisations in the sector which champion and support the broader diversity agenda. However, we are not shy to suggest that the following figures reinforce the point that the issue of racial diversity is where there has been least progress.

The level of ethnic minority individuals on large charity boards is just 6.6%, representing 418 of a total of 6338 trustees. To put that in context, 14% of the England and Wales population is from a non-white background. Specifically, in London, 36.8% of the population is from a Black or Asian background. However, overall, in England and Wales, only 8% of trustees are from Black and Asian backgrounds and only 2.9% are women of colour (fewer than 5000 out of 168,000 trustees!). This illustrates a woeful picture of under-representation.

During my own experience of more than 18 years of being a trustee on several charity boards, varying from very large to very small, I have only occasionally found my fellow trustees to be also from a Black or Asian background. It’s also true to say that for most of these boards, the opportunity has come from my own personal networks and contacts rather than any open recruitment process. This is not a desirable situation from any equality, diversity and inclusion perspective. Given the predominantly white, male and older make up of trustee boards and the natural tendency to draw from your own networks, something more action-focused and direct other than just the right words is needed to change the picture.

The Benefits of Diversity

The benefits of embracing diversity are well documented. Diversity helps draw on a wider talent pool bringing different experiences and different ways of thinking through and finding solutions to organisational issues. A more diverse trustee board helps your organisation reflect more clearly and represent more effectively your service users, their communities and wider society.

The Action for Trustee Racial Diversity campaign is not seeking to change the attitudes and behaviour of those organisations and their leaders who, for varying reasons, have not prioritised the need for a more racially diverse board of trustees. We are happy to leave that space for others with more patience and time than we have! We also understand the rationale of those who champion the development of a more inclusive environment within organisations, before they can take on with confidence and sustainably new trustees from Black and Asian backgrounds. However, our unwavering belief is that change brings more change.

We aim to make it easier for those organisations who genuinely want to recruit Black and Asian trustees to do so. We plan to provide these charities with guidance, toolkits and signposts to enable them to recruit Black and Asian trustees more easily and successfully. We’ll work with other key partners in the charity and other sectors to pool resources and achieve greater impact. ACEVO, Association of Chairs, NCVO, Reach Volunteering, Getting On Board, Green Park Executive Search and Diversity consultancy, and Voice4Change England, among many other key players, have been very supportive.

The campaign’s engagement, particularly with younger people from Black and Asian backgrounds, reveals that trusteeship is “another country” to which they don’t have the right passport and find one difficult to get. It only takes one bad experience for a Black or Asian person applying to become a trustee to abandon any future attempts. Many report that they’ve been told they don’t fit or they don’t have the required skills and experience.

Individuals from Black and Asian backgrounds thinking of dipping their toes into the uncharted waters of trusteeship are discouraged by not seeing very many people like them on the glittering online trustee profiles of charities of all sizes. At a corporate Black and Asian networking event I attended recently, a delegate sitting next to me remarked that I was the only Black Chair of a charity they had met and that they’d be interested in learning from my journey.

Action for Trustee Racial Diversity wants to paint a less surreal picture: a picture vastly more representative of the demographics of the 21st century.

The campaign’s challenge to Chairs and Vice-Chairs is to recognise and act on the increasing pressure for more diverse boards. The growing database we are developing of Black and Asian organisations representing thousands of potential trustees across sectors – corporate, charity, professional, student, membership, staff networks etc. – and our plans for further guidance will help you achieve this. We are already being approached by individual charities to share this database, to help them source potential Black and Asian trustees.

If this is an important issue for your charity and you’d like to get involved, please contact: Malcolm John, Founder, Action for Trustee Racial Diversity, malcjohn18@gmail.com

For more information on improving your board’s diversity, download a copy of A Chair’s Briefing: Equality and Diversity Forum. We will also be hosting an event on this topic later this year.