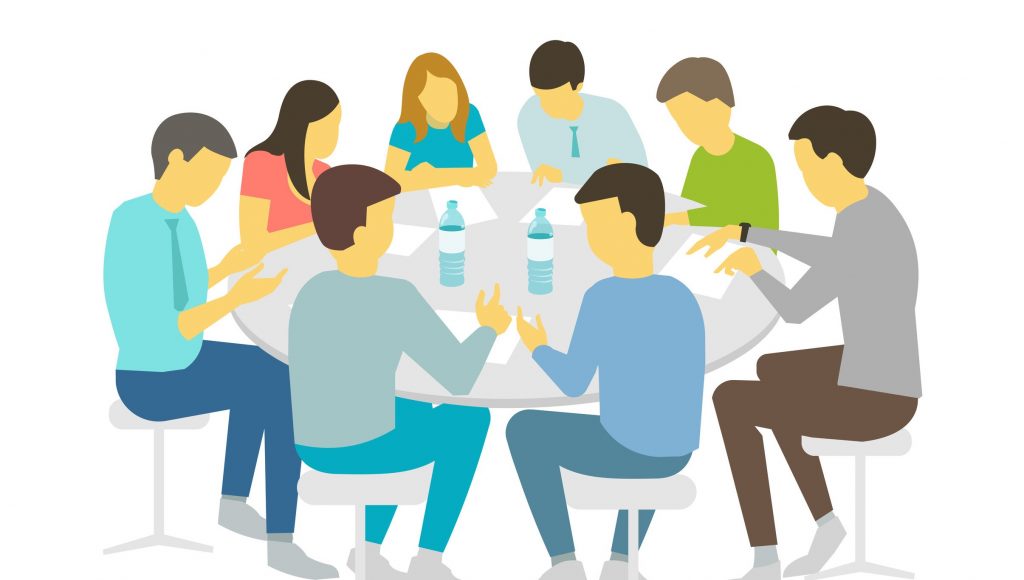 I’m Chair of a small charity in Somerset, Halsway Manor National Centre for the Folk Arts. I became involved serendipitously just at the point I was retiring from my work as a senior university lecturer. Like all about-to-be-retired people, I was worried about not having enough to fill my time, so when I saw an advert for new trustees for Halsway Manor, it had my name all over it. I’ve always had a strong and passionate interest in the folk arts, particularly in dance and percussive stepping (clog and step dance) so to be offered this opportunity to get more involved in the folk world, just at the point when I was going to have time on my hands was a godsend.

Stepping into a chairing role

However, I didn’t realise that I was stepping into a trap because I’d been on the board for less than a year when I was asked to be Vice-Chair, which I accepted as it didn’t seem like too much work, little knowing that the current Chair had plans to retire the following year and saw me as his successor. Having never been Chair of anything before, I was floundering and unsure of my role. It didn’t help that Halsway Manor Society also had a new CEO who was appointed at the same time as I became Chair. He’d never worked with a board of trustees before either, so it was a challenge for both of us.

One thing the outgoing Chair did was to tell me about the Association of Chairs. I promptly joined and went to some of their training sessions which I found extremely useful.  It was also good to talk to other new Chairs and to realise that I wasn’t the only one who was unsure of their role. It was through the Association that I was asked if I’d like to be part of an advisory group setting up a programme for Chairs of smaller charities, the Beacon Programme.

Getting involved in the Beacon Programme

I could see that there was a need for this and was happy to take part in the advisory group and to help in steering the programme in the right direction. Now, after two years and with the advisory group input, the Beacon Programme has developed four modules and is delivering these through regional workshops, interactive webinars, resources to accompany each topic and a monthly e-bulletin. Members of the advisory group have also just started running some online peer surgeries, which allow Chairs to discuss and share ideas and challenges on a particular topic.

I have found that being part of the advisory group and being right in the middle of discussions has personally been enormously helpful to me. I’ve discovered that I have much to offer and this alone has boosted my confidence in my role as Chair. I think I would say that this is the least tangible but also the most important thing I’ve gained from the Beacon Programme. I no longer feel like an imposter pretending to be a Chair. I am comfortable in the role and have earned respect from my fellow trustees as a competent Chair. This is not to say that I don’t make mistakes – I do, but I’ve learnt that all Chairs do, so I don’t beat myself up about them too much nowadays. Being Chair is a lonely job, so apart from anything else, the Beacon Programme provides a much-needed support group and sounding board.

Overcoming the challenges of chairing

I’ve had a number of challenges along the way, not least of which was developing a comfortable and honest relationship with my CEO. All organisations are different and have to find their own way. For us, the CEO is very much in charge and I’m in the background, mostly in the shadows but keeping a watchful eye and ear on everything that goes on and calling him to account when necessary. The Beacon Programme has enabled me to accept that this is fine and works for us.  I think we both respect each other’s roles now.

How Beacon can help you

I think that if you’re a Chair of a small charity, you can’t afford not to sign up to the Beacon Programme.  Whether you’re a new Chair as I was or a Chair of longstanding experience, you will gain so much from being part of the programme and having access to the support and wisdom that other Chairs can offer you. The resources that Beacon has produced are excellent and accessible. I can say with some certainty that I wouldn’t feel as confident, and probably not as effective in my role if I wasn't part of this programme.