Responding to In Plain Sight - actions for Chairs and trustees 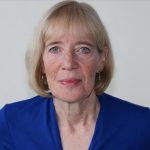 Guest post by Dr Carole Easton OBE looking at the implications of the In Plain Sight report for Chairs and trustees. Carole was previously Chair of Young Minds and is currently a trustee of Advance.

The In Plain Sight report, published by ACEVO and the Centre for Mental Health in June, shares the experiences of people who have been bullied in a charity workplace. It highlights the emotional harm caused and makes six recommendations to create safer systems, processes and cultures.

Bullying has the potential to happen in all charities, as it does in any organisation or school. No charity or business can be complacent.  Trustees and Chairs need to do what they can to keep it to a minimum.

Bullies in positions of power

The research found that those most likely to be seen as bullying were CEOs (45%) and senior managers (57%). Bullying usually, but not exclusively, involves a power dynamic so this is not surprising. It undoubtedly needs addressing though. There are ways in which trustees can be more alert to what is happening and take steps to prevent a bullying culture from becoming established.

For example, as a trustee and Chair, my prime relationship is usually with the Chief Executive but I expect also to hear directly from other senior leaders and from junior staff as well. I am suspicious of leaders who attempt to prevent trustees from having a relationship with other staff. I definitely prefer to have SMT attend board meetings.

In my view, there needs to be, at bare minimum, an effective 360-degree appraisal system of the Chief Executive. This should be conducted by the Chair or trustees and involve staff at all levels so that any staff concerns can be raised and addressed.

Terms of office for Chairs and trustees are becoming more usual. However, terms of office for senior members of staff are unheard of. The culture of the organisation is often set by those in senior leadership and if they have been in their roles for a long time these behaviours can become firmly embedded and difficult to challenge. I appreciate that having terms of office for Chief Executives and senior directors may not be easy to achieve but maybe, on occasion, it should be considered by trustees when they are appointing the Chief Executive or other senior staff.

Bullies on the board

17% of respondents to In Plain Sight said that trustees and Chairs were seen as bullying. It is particularly difficult to address this sort of bullying and I support the report’s recommendation that that there should be one trustee and one senior manager to lead on staff workplace wellbeing.

Access to someone independent can, in my experience, also be a helpful addition to the management structure and can also be a means of raising concerns about trustees. A 360-appraisal of the board and the Chair (which can be done by the Vice Chair or an external consultant) are also needed at least once every two or three years.

Self-awareness is key to being a good Chair. How do your actions and behaviours come across? How does the way you act as Chair affect others? What are your tactics for leading through difficult situations or prolonged periods of change? Is, what you might think of as assertive leadership, actually seen by others as bullying? These are all questions that the Chair can ask themselves and also seek feedback outside a formal appraisal process from the Vice Chair or Chief Executive.

I noted that the report states that 80% of the respondents to the poll were female. Gender discrimination was stated by 30% of respondents as being an element in their experience of being bullied. Gender is clearly an issue here and there needs to be a greater understanding about this. We need to ask to what extent the under-representation of women on boards and in many senior teams plays a part.

Other drivers of bullying behaviour

Anxiety can often be the driver for inappropriate and even bullying behaviour. This does not condone it, but I have seen individuals who have been relatively happy junior members of staff become tyrannical managers (or Chief Executives) when promoted. The increase in accountability can trigger this, as can being responsible for the performance of other staff they are managing.

We should not just criticise or discipline those who are seen as bullies but need to explore possible individual, structural or management issues that need to be addressed to relieve them of excessive stress or perceived criticism.

The concept of mirroring is explained in the report as “when an organisation becomes enmeshed internally in the same conflicts it was founded to deal with externally”. I have had experience of this when leading periods of change. In one particular role, some staff felt very unsettled by the process and suggested they were victims using language and coping mechanisms commonly used by our beneficiaries, generating a toxic culture. We modified how we managed the change process, and did more to communicate directly with those affected.

Trustees should be alert to mirroring. They should point out when it is happening and act as soon as possible. They should explore the issues of concern in depth with staff and find ways to address feelings and behaviours which mirror those of the beneficiaries.

Trustees should also ensure that there are transparent mechanisms for monitoring staff morale. In my experience, it is particularly important that organisations dealing with emotive and sensitive issues pay close attention to culture, staff wellbeing and professional development for managers. Staff and volunteers should be able to expect the same behaviours and respect offered to beneficiaries. Trustees and Chairs need to model such behaviours.

.
Guest blog posts are the opinions of the author and do not necessarily reflect those of the Association of Chairs.