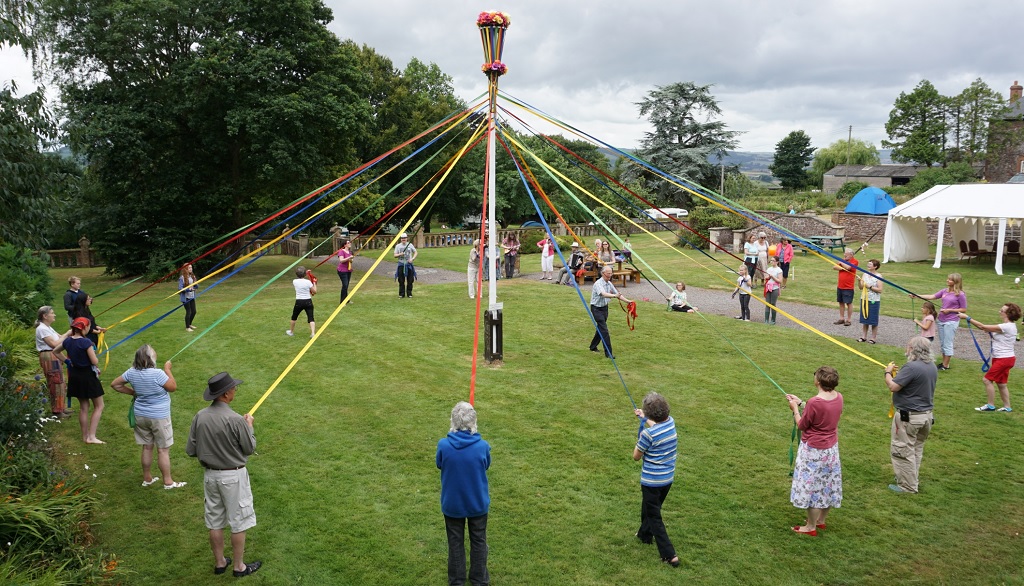 This is a guest blog post by Julie Williams, Chair of Halsway Manor Society.

Halsway Manor Society, National Centre for the Folk Arts is in deepest darkest Somerset. The fabulous old manor house was first mentioned in the Domesday book, although the current buildings only date from the 15th Century.

The manor was bought by a folk society in 1965 and has been run as a residential folk arts centre ever since.

Julie is a member of our Beacon Programme advisory group panel.

My time as Chair

I’ve been lucky enough to be Chair of the board of trustees since 2015.  During that time, the building has been through a major restoration programme thanks to funding from the Heritage Lottery fund (HLF).  It is set to undergo further building work next year to provide a new kitchen. During this time our programme of events has grown and most of our courses are fully booked throughout the year. I like to think that Halsway’s star is rising and that I’ve had some part to play in that, along with a very enterprising CEO and an engaged board of trustees.

However, I can’t stay in the role forever. Part of the trick of being Chair is knowing when it’s time to go. I think my time will be up in a couple of years. Once I have done six years, it will be time to step down gracefully and hand over the baton to someone new.

Looking for my successor

The question is, how do I find the next Chair? Although this is a shared responsibility with the CEO and board, I feel especially responsible. It’s my role to prepare them to take over from me. My thoughtful and supportive Vice Chair has told me categorically that there is no way he would ever want to be Chair. Another trustee who had shown interest, changed her mind because of other commitments. Both would have been great in the role.

In the year before I was appointed as Chair elect, the outgoing Chair was quietly priming me to take over the role. This was never properly discussed between us or within board meetings, it was just assumed, and even at the point of putting myself forward for the role, he remained in the background. His rationale was that as he was stepping down and wouldn’t have a vote, he shouldn’t be actively supporting me. I’m grateful to him for giving me the opportunity but I think I’d like to do better for my successor.

Building up to being Chair

Becoming and being an effective Chair is a tricky business. I really had little idea of what I was doing in that first year. I don’t want my successor to be in the same situation. So that means being proactive in finding someone soon.

One idea that I’ve gleaned from being on the Beacon Programme working party is to canvass all my trustees (in confidence) for their opinion on who should be the next Chair. I’d like to know who they think should be supported to put themselves forward and also who they think shouldn’t – that’s equally important. They’d be able to put themselves forward too. This seems to me a democratic process with all being given the chance to have a say. It also avoids any possible accusations of favouritism.

This assumes of course, that the next Chair will come from the existing board. I do think that having experience as a trustee for the organisation is the best preparation for the role. Maybe my successor will be one of the new trustees we are currently looking for. If that doesn’t happen, then the board would have go to external recruitment but that is our fallback position. I’d much prefer to ‘home grow’ the next Chair.

I shall start my succession strategy soon. My aim is to have found a potential Chair elect in good time for them to shadow me during my last year in office. I want them to benefit from my experience and to be able to start with a better understanding and grasp of the role than I did.

I think Halsway Manor deserves to have a competent and effective Chair to carry it forward into its future. I want my successor to be able to hit the ground running when I step down and to feel like I have done all that I can to support them.

Summary of my lessons learnt

Log in to our Beacon Programme to download our Top tips for succession planning. If you are a Chair of a smaller charity in England (with an income under £1m), join the Beacon Programme for free today.