Chairing through change: reflections from the William Morris Society

AoC and Beacon Programme advisory group member Martin Stott shares his experience of chairing a smaller charity through a period of change. In summer 2018 he stepped down as Chair of the William Morris Society after four years. 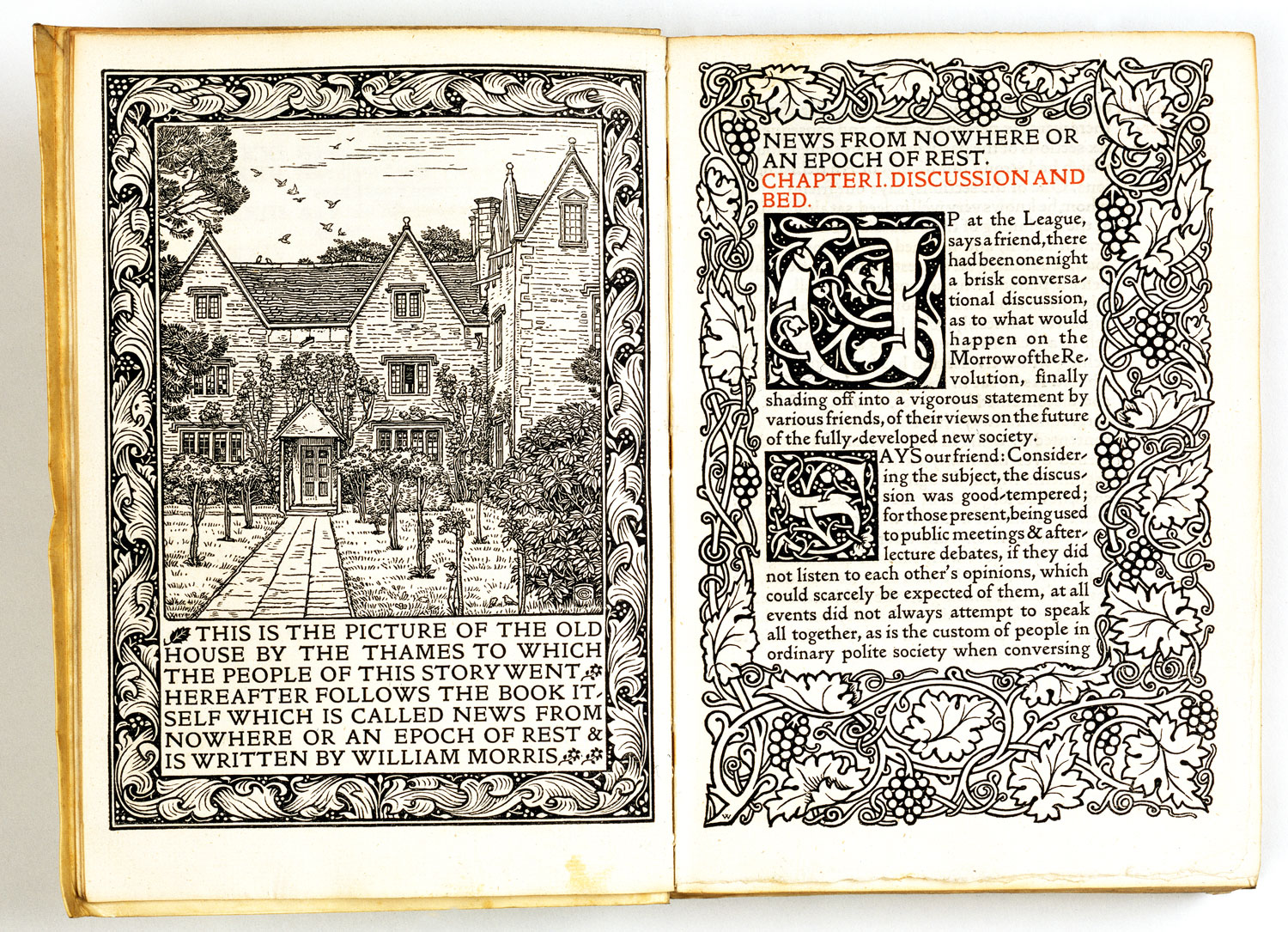 The Society is a small arts and education charity based in William Morris’s London home in Hammersmith. The charity focusses on promoting the life and works of Morris in a contemporary context. It was founded in 1955 and has an international membership of around 1,200 mainly in the UK but with sister societies in the USA and Canada and membership in 20 other countries including Antarctica. It has a democratic structure. All UK members can elect its trustees.

A catalyst for change

It is probably fair to say that the Society was coasting when I became a trustee in 2011. Membership was stable, it had a very substantial reserve, a loyal and committed curator and a core offer in terms of education and outreach which hadn’t changed much in years.

The then Chair had ambitions for the Society and was considering a Heritage Lottery Fund (HLF) application with our neighbouring arts and crafts charity the Emery Walker Trust (ETW). However it rapidly became apparent that the Society’s financial and governance systems were unlikely to stand up to the scrutiny of the HLF application process. I was appointed Vice Chair in 2013 (and then Chair in 2014) and initiated an organisation and governance review led by a firm of consultants. Their conclusions weren’t pretty, suggesting amongst other things that the Society was failing to fulfil its charitable purpose and had a dangerously outdated governance structure ‘suitable for a village cricket club’.

Implementing its recommendations became the agenda which drove the Society over the next couple of years. As well as the process of working up and submitting the HLF application for £630,000 with EWT, and planning for our 60th anniversary. This was a pretty big ask for staff, trustees, volunteers and partners.

The temptation to do everything at once was huge, but it forced us to focus. Getting governance, working practices and financial systems in place that were suitable for the 21st century and would pass muster with the HLF were top priorities. Therefore we adopted the new Charitable Incorporated Organization (CIO) structure, slimmed down the number of trustees to ten and established financial management and reporting systems both for the HLF Project Art and Crafts Hammersmith and for the Society’s own day-to-day operations. We also developed a three-year Business Plan and agreed a vision, mission statement and aims and objectives which built upon our charitable purpose.

Following this, we re-framed the Society’s public face. This involved establishing partnerships not only with EWT but also with the Modern Art Oxford who staged a major exhibition focussing on Morris and Andy Warhol. This in particular was a major departure for the Society. We worked with a design agency to re-brand the Society and relaunched the Society’s journal and produced a new magazine. The results were rather startling and not all trustees and volunteers stayed the course.

The HLF application was successful which forced another change of direction – new staff. We appointed a Society Manager and a part-time Finance Manager to support the curator as well as a Project Manager and a range of other more temporary staff as the project progressed across the two houses.

The Society was raising its game. But with that came choices. The pressure of being Chair was intense. For 18 months I was working at least 2.5 days a week.

Changes to the board and team

During this time, the trustee body had evolved rapidly and its average age dropped dramatically. This had advantages; dynamism, an understanding of contemporary audiences, familiarity with social media and much else, but also bought the constraints of full-time jobs and families.

Having a sense of a team between staff, trustees and volunteers, was crucial. We made sure there were plenty of opportunities to engage with each other both socially and formally. Essential to success was proper recognition and thanks to volunteers. This bred confidence and with it an ability to delegate and assign major projects such as the Society re-brand to a trustee with the authority to see it through.

Establishing systems and procedures such as job descriptions, recruitment processes and contracts, while apparently boring and time-consuming created a structure that enabled people to feel empowered and to make decisions. The new image and sense of dynamism helped in recruiting significant numbers of new members and more interest in participating in the Society was reflected in the fact that there were contested elections for trustee positions for the first time ever, in both of the past two years!

For me the rapid learning curve I was on as Chair of a small charity was augmented by two things. Firstly my experience of working life in the public sector where a lot of the tasks were familiar but some not, such as working with volunteers. Secondly. I was also involved in chairing a much larger charity, Garden Organic which was a very different organisation.

While at times I wondered what I had let myself in for chairing two very different charities at once, the cross-learning was significant. This was particularly true in terms of board/trustee issues, such as codifying expectations of trustees, adopting officer/ trustee role descriptions, instituting term limits (a maximum of three, three-year terms), adopting more effective meeting agenda structures, instituting staff and Board development including joining organisations such as AoC, and teasing out the working relationship between Chair and Vice Chair.

The end of my term

One of the best decisions I made was to tell the trustees of my intention to stand down as Chair after four years, well in advance. This allowed for time for potential candidates to put themselves forward informally. In the event none did which left us nine months to find someone external. We advertised externally and appointed from a strong field. The new Chair-elect had several months as a co-opted Trustee before assuming the reins.

My top tips for driving change, in no particular order.

And my tips for being an effective Chair through the process.

How AoC can help

• Download A Chairs Compass which focussed on the challenges and opportunities of the role.
• Our events programme helps Chairs to network with their peers and build learning.
• Sign up to our Beacon Programme for smaller charities for events, workshops and resources.